[An excerpt from my coming fable: "Lissa's Choice"]

Like spinning contraptions that twirled them about for their thrill and amusement. Like the bulbs of energy that illuminated rides with different colors. Like circular hats and dresses which - while impractical for riding speeding machines or large animals - let lovers feel stylish while perusing games and eating candy together. Ul Jhuber Carnival even set itself up in a large circle, keeping three circular arenas within it: one for trickster mages, one for rare creatures, and one for artistic performances - professional musicians, dancers, and acrobats.

Lissaea's parents, part of the latter group, stood out as professional nantha - people who used a power called "nanthaida" to materialize awe-inspiring apparitions or sensations from music and sound. These materializations could be a dreamlike spring scenery, or the scent of baked apples, or the feel of warm water rushing over one's skin. For an average carnival-goer, nantha performances caught undivided attention. But for Lissaea, they - like many other features in life - were just more circles. She'd heard all of their songs, watched their practices, played cards with their drummer... Visiting the same towns, they'd delivered the same sets, with the same faces, same instruments, same candor... She could practically perform all the parts herself. No doubt one day she would, but for now at least she had lack of years on her side.

Tonight, her parents had her working the sound system with Filin - a light-skinned young man with dark eyes who kept failing to grow a full beard. Her parents hugged their clever little girl, proud to have such a capable daughter. "What an honor!" they'd declared. Lissaea didn't know why their words bothered her, or where this knot in her stomach came from, but she felt increasingly unhappy lately. So she let her feet wander off the carnival grounds that night, to a nearby stream - an offshoot from the Ae'En River.

The Ae'En saw many tourists around the fall, and Ul Jhuber Carnival never missed it. This late into the evening, the last scatters of teens - and parents struggling to rein in their children - slowly trickled away as performers packed up, and animals returned to their pens and cages. A decent number of lights remained on, if only to assist staff with packing and point visitors toward exits, so Lissaea didn't struggle across her gravely, grassy way to the stream. Scanning until she spotted a large stone that she'd glimpsed yesterday, over by a young tree, she kicked off her shoes, stuffed her lacy socks inside, and splashed along the shallow rocky edge of the water toward it - dress shoes in hand.

Every step brought her farther from the chatter and lights of the carnival - and closer to smiling. Before even fully reaching the stone, she was throwing her shoes up toward the land beside it, and tugging at her perfectly-curled yellow-blond pigtails. She pulled the first one out with her left hand while positioning her right on the top of the stone, but she was too excited to wait and hoisted herself up before pulling out the second, and pushing the hairbands into the pockets of her blue dress.

Now atop her stage, the girl pulled her shoulders back as the announcers had done for her parents, then shot her right arm into the sky. "Behold!" she declared, aware-enough not to attract staff attention, but dramatic nonetheless. "The great minstrel of nanthaida! Voice of the Stars! Bringer of a thousand worlds! Miss... Lissaea!" She cupped her hands around her mouth and breathed out a mock applause and crowd excitement. Then she quickly switched character into a solemn form, head lowered in humility. "Thank you," she said to her invisible crowd. "My first piece is an original. I call it, 'Galaxy Wings.'" Lissaea raised her head, eyes closed, and spread her arms out slowly from her sides. She pictured the moon, breathed in the night air, listened to the soft rustle of creatures in the trees on the other side of the stream, the chirrup of insects in the grass. A light splash would have been passingly acknowledged and dismissed in similar fashion if not for the sound that followed - a very matter-of-fact voice:

Immediately, Lissaea's eyes shot open, looking for whoever would discredit her artistic naming sense in such blunt manner. By instinct, she scanned the horizon for anyone of appropriate human height, but after a moment her mind registered that the sound had come from in front of her. And down. ... From the water? She stared into the stream, unsure what her eyes were looking at until it moved, dipping under a shallow wave and popping back up. A fish. Its body spanned the length of her forearm, with long silky fins and tail that swayed with the ripples. In the dimness of the rock's shadow, she could not make out the exact color of its light and dark markings, but it stared up at her so intently, that her young mind accepted the only logical conclusion to be that this fish had spoken to her. And so - without questioning anything further - the girl crossed her arms and glared down at it. "Well excuse me for being an artist," she said, pronouncing "artist" with all the dramatic pride she could muster. The fish sighed. "I might have known. Humans are already odd when it comes to naming things, but 'artist' humans craft some extremely strange titles. You did at least know that galaxies don't have wings?" The girl frowned. "What does it matter? I like galaxies. I like wings. You interrupted my performance, anyway. I didn't even get to sing it." "That's true," said the fish. "Well then..." The fish splished back under the water and disappeared.

Lissaea stared into the dark stream, at a loss for how to feel. On one hand, what had so rudely interrupted her, no longer posed a nuisance. On the other hand, that particularly rude being was a talking fish, and it was only just donning on her how peculiar a thiry-second conversation with a fish might have been. She hadn't even asked its name, and started wondering if she'd actually had a conversation with it in the first place.

"Oh," came the fish's voice again, suddenly popping its head back up. "Do you know a girl named 'Lydaea?'" Lissaea jolted out from her regretful thoughts and sputtered a confused, "What?" to which the fish repeated itself. "Lydaea. Do you know her?" "No...?" She immediately mourned having answered so quickly - now she had nothing to keep the fish with her. "Alright then," said the fish, and off it disappeared beneath the water again. "Ah! Wait!" To her happiness, the fish poked its head out of the water once more. "Yes? You know her?" She shook her head. "Sorry, I don't know her. But... My name is kind of similar. I'm Lissaea. Wanna hear my song?" Why her name being similar might warrant any importance to this fish, Lissaea couldn't have explained, but it had made sense to her in the moment. "Your names are similar," admitted the fish, accepting it. "I'm curious what a galaxy's wings might sound like, anyway. Go ahead. I will listen to your song."

Lissaea's eyes sparkled with excitement and she quickly resumed her stance on the stone, raising an arm to the heavens and introducing herself again: "Lissaea! Performing 'Galaxy Wings!'" Then, returning her arm to her side, she took in a breath, acknowledged her surroundings, slowly spread her arms outward, and let out her voice.

She hadn't created any words for this piece - just a melody - it flowed out in a long stream of "oohs." Her sound vibrated through the air. Extending one arm further than the other, she followed it with her eyes. She dipped her hand down toward the stone first, then circled it back up toward the sky to catch the stars. Her melody projected an illusion that the sky flowed into her hand, and she twirled her arm out to let the sky stream from her fingertips like a celestial ribbon. The projection became increasingly transparent, disappearing just over two feet in length. She brought her other arm up in similar fashion, sweeping celestial bodies into gradually-transparent ribbons at both of her sides. Then, grinning, she danced with them. Twirling on her stone, keeping the tune flowing, the star-ribbons followed her hands. They swirled about her head, then at her sides, then almost entirely around her in a grand spin. The projected images journeyed through space, passing suns and moons and nebulae. The melody and dance lasted only a few minutes, and came to a close as she touched her hands to the backs of her shoulders and to the middle of her back. The celestial ribbons left her fingers, sticking to her back, and flowed outward - rippling like water. They looked like wings spun from a reddish-purple nebula, slowly sending stars out into the world before becoming transparent and disappearing a few feet from her body. Bringing her hands together like a prayer, she closed her eyes, toned the final note, then let everything softly fade away. When she opened her eyes, she stared down at the fish in anticipation.

It took a moment to ponder its response, then said, "The visuals were nice." "Right?" she agreed, hands on her hips and chest puffed out. "Your singing is bad though." The girl frowned, then grinned mischievously and got down onto her knees, lowering her head toward the water. From this distance, and adjusted to the dark, she could make out the red and white patterning over its scales, and deep green eyes. Definitely beautiful. Beautiful... and rude. Lissaea stuck out her tongue and made a fart sound with her mouth. "Ew!" cried the fish, appearing to wrinkle its face. "Do humans make farts with their faces now?" Lissaea laughed. "Nope! I made the sound have a smell!" And she did it again. "Stop that!" cried the fish. But the girl found too much amusement in it. "You're a rude fish. So you get rude farts! Pbbbt!!"

The fish had every ability and right to leave, but it stayed through her torment and childish antics. They talked about stars and music and what living in a river felt like and how much Lissaea liked berries. Soon enough, one of the staff members spotted the girl and called her back to their camp on her parents' behalf. Lissaea said goodbye to the fish, wiped her feet using the cloth from her dress, put her socks and shoes back on, and left to rejoin her family. Her parents kept closer watch on her for the rest of their stay by the Ae'En River - so she could not successfully return to the water that year. They packed up and moved toward the warmer regions, staying ahead of winter. Any talk she made about the fish was seen as a child's fantasy and adored by her parents that she should share her imagination with them. So she stopped speaking about it.

As the seasons shifted, the carnival moved along its usual circuit - from the deserts of Goh, to the hills of Senní, to the summer plains-country of Khalibar where she always had her birthday. By the time they circled back toward the Ae'En, Lissaea had her own small part in her parents' show. She was not allowed to sing, but she played a bamba - a small hand drum.

The second night of their stay, as they packed up their instruments and makeup, Lissaea snuck away again to the large flat rock by the stream. . . . . . . [end of excerpt] 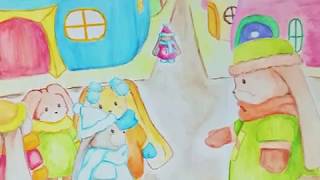 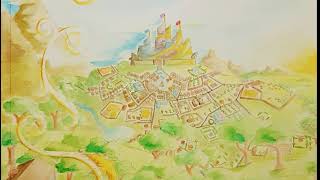 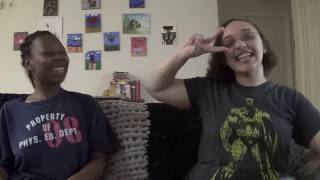 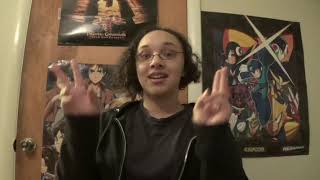